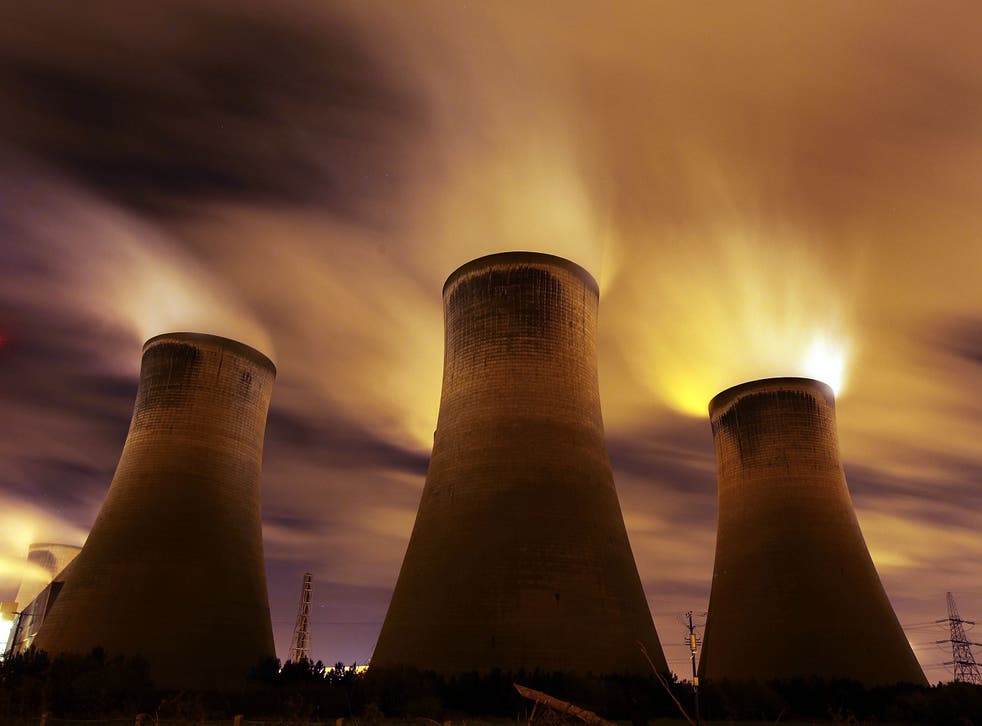 This is a companion post to my article: Carbon Scams and Lies.

The threats of climate change are the direct result of there being too much carbon dioxide in the atmosphere. So it follows that we must stop emitting more and even remove some of it. This idea is central to the world’s current plan to avoid catastrophe. In fact, there are many suggestions as to how to actually do this, from mass tree planting, to high tech direct air capture devices that suck out carbon dioxide from the air.

Read more: There aren’t enough trees in the world to offset society’s carbon emissions – and there never will be

The current consensus is that if we deploy these and other so-called “carbon dioxide removal” techniques at the same time as reducing our burning of fossil fuels, we can more rapidly halt global warming. Hopefully around the middle of this century we will achieve “net zero”. This is the point at which any residual emissions of greenhouse gases are balanced by technologies removing them from the atmosphere.

This is a great idea, in principle. Unfortunately, in practice it helps perpetuate a belief in technological salvation and diminishes the sense of urgency surrounding the need to curb emissions now.

We have arrived at the painful realization that the idea of net zero has licensed a recklessly cavalier “burn now, pay later” approach which has seen carbon emissions continue to soar. It has also hastened the destruction of the natural world by increasing deforestation today, and greatly increases the risk of further devastation in the future.

Climate scientists: concept of net zero is a dangerous trap

You can’t mitigate climate change effectively if you keep doing what you’ve always done! Advocates for “clean energy” in particular are very guilty of this misconception. Read the article, they show the historical steps that have led to this enormous miscalculation in strategy.

Instead of confront our doubts, we scientists decided to construct ever more elaborate fantasy worlds in which we would be safe. The price to pay for our cowardice: having to keep our mouths shut about the ever growing absurdity of the required planetary-scale carbon dioxide removal.

It should now be getting clear where the journey is heading. As the mirage of each magical technical solution disappears, another equally unworkable alternative pops up to take its place. The next is already on the horizon – and it’s even more ghastly. Once we realize net zero will not happen in time or even at all, geoengineering – the deliberate and large scale intervention in the Earth’s climate system – will probably be invoked as the solution to limit temperature increases.

I am not an expert either, but I’ve considered a broader view then what climate scientists and researchers have, apparently. I’ve noted that vertical disciplines are largely blinded by the larger context and the issues caused, specifically root causes.

Civilization has to be completely redesigned, not just “switched over” to “clean energy” sources (which I have always pointed out, are not clean at all), while immediately removing and ending carbon dioxide and other greenhouse gasses from the atmosphere. What’s already there is long-lived and will still increase global temperatures dramatically. But we can’t keep pumping this stuff out and pretend that we’ve achieved “net-zero” or “offset” – it’s all a damnable lie that will lead to our extinction. 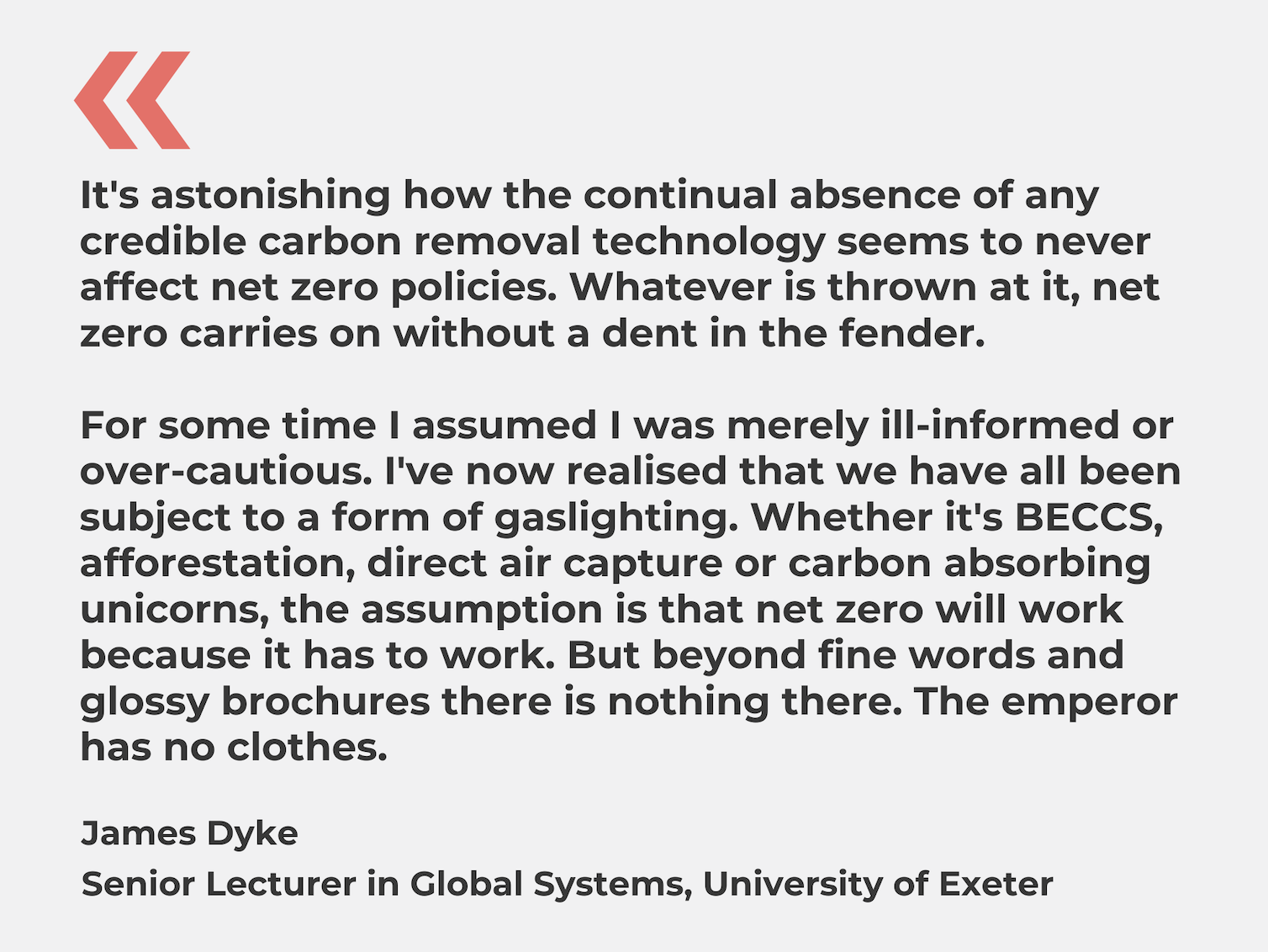 I am not naive. Industrial civilization will not shut down. Global leaders will not choose to do the right thing either. We’re on a conveyor belt with nobody operating the “off” switch. Of this I have no doubts at all. Yet mitigation and adaption strategies MUST begin asap at every level (individual, family, town, city, county, state, country, world).

Do NOT expect the world’s government to “save you” because they definitely won’t. Just use recent history as your guide, they’re still dicking around, bickering, delaying and denying, trying to find ways to maintain the status-quo instead of abandoning it entirely. Their inaction and refusal to accept responsibility will kill billions. Hyperbole? Definitely not. The world is careening towards disaster with an uninhabitable Earth while global leaders posture and pretend they’re “taking action” while temperatures keep rising faster and faster. They are unwilling to do what it would take. Let’s just stop beating around the bush on this, because it’s 100% true.

In principle there is nothing wrong or dangerous about carbon dioxide removal proposals. In fact developing ways of reducing concentrations of carbon dioxide can feel tremendously exciting. You are using science and engineering to save humanity from disaster. What you are doing is important. There is also the realisation that carbon removal will be needed to mop up some of the emissions from sectors such as aviation and cement production. So there will be some small role for a number of different carbon dioxide removal approaches.

The problems come when it is assumed that these can be deployed at vast scale. This effectively serves as a blank cheque for the continued burning of fossil fuels and the acceleration of habitat destruction.

Carbon reduction technologies and geoengineering should be seen as a sort of ejector seat that could propel humanity away from rapid and catastrophic environmental change. Just like an ejector seat in a jet aircraft, it should only be used as the very last resort. However, policymakers and businesses appear to be entirely serious about deploying highly speculative technologies as a way to land our civilization at a sustainable destination. In fact, these are no more than fairy tales.

I’ve long said that a global climate emergency must be declared, with the vast majority of the articles on this blog dealing with this topic, and that a complete revamping of priorities and practices must be undertaken immediately. Every day this becomes more and more evident, yet everyday, what we receive from global leaders, elected officials and industry titans is more delays. They’re not going to act in time. There are MANY indications and even “trigger-events” that indicate they have delayed far too long already. The expectation that we will finally see effective strategies and actions is provably false (I usually call this hopium). And if and when they ever do, it won’t be adequate because they won’t give up on this set of living arrangements, i.e., the status-quo. They can’t even envision any other way, lacking perspective and imagination and being trapped by corporate interests and greed.

In private, scientists express significant skepticism about the Paris Agreement, BECCS, offsetting, geoengineering and net zero. Apart from some notable exceptions, in public we quietly go about our work, apply for funding, publish papers and teach. The path to disastrous climate change is paved with feasibility studies and impact assessments.

Rather than acknowledge the seriousness of our situation, we instead continue to participate in the fantasy of net zero. What will we do when reality bites? What will we say to our friends and loved ones about our failure to speak out now?

I recently got into a disagreement with a nuclear energy advisor who proclaimed that he fully understood climate science while advocating absolute lies about it. I posted the scientific links he needed that directly refuted his ridiculous claims. He wanted to blame the current warming on natural cycles that are spaced out thousands of years apart, but the current warming isn’t natural at all, it’s man-made.

Rather then admit his error, he resorted to the logical fallacy of appealing to his own authority. “I’ve advised presidents and gave hearings to Congress”.  Blah, blah, blah. He then abandoned the argument when I told him his credentials in the wrong field are irrelevant. He was too obtuse to realize that he wasn’t arguing with me, he was arguing against the known science that he refused to accept. This is the same tactic being used by industry and global leaders. They’re appealing to their own authority and assuming that they know everything there is to know. They’re wrong. They are not going to save us, as it’s been pretty obvious that they’re really not in control. Nature is and always will be.

2 thoughts on “A Dangerous Trap”