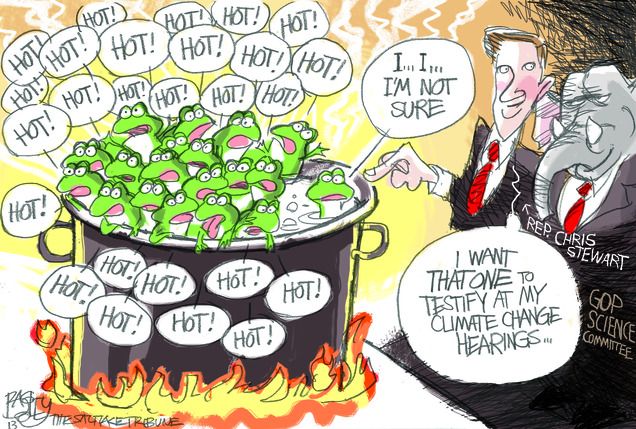 This paper, “Valuing the Global Mortality Consequences of Climate Change Accounting for Adaptation Costs and Benefits“ proposes to accurately project the number of heat deaths that will occur by the year 2100.

Let me be the first to declare this ‘research’ is a crock of shit. Either because of asinine ‘scenarios’ that fail to depict reality, or because of selective cherry-picking, or because of some other unknown mechanism, the predictions being made here are simply complete bullshit.

The recent “Once in a Millennium” event that just occurred for the Pacific Northwest isn’t factored in, specifically they do not have any mechanism to include such events in their ‘scenarios’, which makes their data set wrong and grossly inaccurate. There is no reason – none whatsoever, to imagine that this “Once in a Millennium” event will not happen every year, or even multiple times of the year.

Why? Because the climate has changed so significantly now that the Jet Stream is highly erratic, even “unpredictable”. The missing ice and the albedo effect in the Arctic also factor in, as does the slowing down of the ocean currents. There is a complex interdynamic playing out in the climate system as excessive energy is being accumulated, and that’s to say nothing of the existing levels of excessive greenhouse gasses still trapped in the atmosphere (for thousands of years) that aren’t going away. No matter what we do or even propose to do – the heat effect from existing gasses will still be there for centuries.

Any ‘scenarios’ that do not account for these unfolding realities are useless and will produce inaccurate results. Moreover, the sheer failure to even predict realistic future temperature increases that are more then likely to occur by 2100 is simply unforgivable, i.e., “bad science”. This is why I am coming to seriously distrust these reports, they don’t even believe or use their own data correctly. Either it’s willful blindness or their discipline is far too narrow itself to be functionally useful.

And finally, there are the ridiculous implied assumptions always found as an inherent and integral part of these predictions. Those assumptions include that a) adaption will be pursued and accomplished and paid for (no evidence of that); historical “patterns of adaption” will be routinely followed (nobody knows); the “costs” of each additional ton of C02 will be $36.60, meaning that even more C02 will be deemed acceptable or necessary by society (dumped into the atmosphere); they used the SSP3-RCP8.5 for their high emissions scenario projections. They’ve also used a global “average” to compute predictions on the number of dead – a decidedly meaningless statistic if you just happen to live where it is going to become unsurvivably hot.

The SSP3-RCP8.5 is Shared Socioeconomic Pathways, and the RCP8.5 is Representative Concentration Pathways and the 8.5 represents the projected end-of-century radiative forcing (8.5 watts per square meter across the planet). Attempting to quantify the future “cost” is actually what this paper is about.

So here are their projections again:

By 2099 under a scenario of continued high emissions growth (SSP3-RCP8.5), climate change increases death rates in low-income countries by 106.7 deaths per 100,000.

So supposedly, 106.7 more deaths per 100,000 by 2100. How does that stack up to what is happening right now? Look up “Karachi heat deaths” to find plenty of information on just one city. It was worse across Pakistan and India (and lasted nearly 3 months). We know that at least 230 have died in the Pacific Northwest heatwave (2021) with more to come.

Dozens of researchers who looked at heat deaths in 732 cities around the globe from 1991 to 2018 calculated that 37 percent were caused by higher temperatures from human-caused warming, according to a study Monday in the journal Nature Climate Change.

That amounts to about 9,700 people a year from just those cities, but it is much more worldwide, the study’s lead author said.

There is no mention of what “much more” means, but frankly, I find the 106.7 more deaths per 100k population by 2100 to be ridiculously low. Did they assume a lineal rate of deaths from rising temperatures “while accounting for (mythical) adaption”? Neither makes any sense. Increasing temperatures will increase heat deaths substantially. Falsified “adaption” claims for non-existent efforts (and technologies) is disingenuous at best. Why even insert such vaporware nonsense in the first place? Because it makes the end results much more palatable.

Who funded this study?

Again, their projections from high-income countries:

Meanwhile, high-income countries are projected to see death rates decrease by 25.2 deaths per 100,000, while spending significantly to prevent more deaths.

The assumption here is money will fix the problem, which may keep some (wealthy) people alive, but it definitely will not fix the problem. Heat waves in 2021 are already a part of life. More heat waves in 2100 will be a part of life – and a lot more frequent, and of higher duration and temperatures. Some regions will be impacted far more then others, the present heat wave in the Pacific Northwest is considered “unprecedented” in history and definitely the furthest north for a highly developed country (Canada). Ground temperatures in Alaska have been recorded at 118F already (this year). Maybe it was “unprecedented” (this time), but there is no single or collective reason to assume it won’t happen again (and again) and very soon.

There is of course, no mention of the fact that their predictions did not account for starvation from an overheated planet that can no long sustain food production. The RCP8.5 represents a world without food (of any kind).

We found that if rapid growth of GHG emissions is not halted (RCP 8.5), in year 2070, one fifth of the major food production areas and one fourth of the global population centres would experience climate conditions beyond the ones where food is currently produced, and people are living.

Euphemisms are nice and comfortable, but “unprecedented conditions” means everyone is dead, even long before heat deaths wipe out more. We cannot grow food at temperatures that exceed their survivability rates (wet-bulb temperatures).

How many people know that we are actually on the RCP8.5 path now?

In the report, they say RCP8.5 is in closest agreement with the total cumulative CO2 emissions we have, coming within one percent of actual emissions. They also said it is the best scenario for assessing the risk posed by climate change by 2050, as it is the “best match” to what is going on with current and stated policies.

And this is where I differ from the ridiculous optimism and false promises and non-existent technology and the constant misleading of climate scientists. They’re deliberately misrepresenting reality and falsely claiming the exact opposite of what is true as science seeks to rebut itself:

The researchers say there has been a move away from RCP8.5 recently, with some within the scientific community calling the scenario is”alarmist” and “misleading.” A comment piece published in Nature in January said it should be seen as “unlikely worst cases rather than as business as usual.” Zeke Hausfather, director of climate and energy at the Breakthrough Institute, California, told the BBC at the time that the scenario was created in 2005, and that there have been huge changes since then. “What originally was a sort of worst-case with less than 10 percent chance of happening is today, exceedingly unlikely.”

More like “exceedingly likely” to actually happen. I’ve shown repeatedly where egregious assumptions and claims such as ‘zero-carbon’ and ‘net-zero’ for technologies and approaches that we don’t have (do not exist), or will not work as claimed (“plant more trees”). These are the claims behind this denial. Scientist are humans (prone to mistakes) and they keep claiming things that are not true, misleading their colleagues, their institutions, policy makers, industry and politicians (a comedy of errors, but an exceedingly dangerous comedy that leads to extinction).

There has always been a push to downplay the unfolding reality, how hopium and misleading claims are trickling down through publications and articles that downplay the real threat facing us all.

The Worst Climate Scenarios May No Longer Be the Most Likely

More than a decade ago, scientists designed a set of hypothetical scenarios to help them model the climate. Their goal was to answer these very questions. Each scenario assumes a different level of future greenhouse gas emissions and global carbon dioxide concentrations, translating to different levels of warming.

The mildest scenario assumes a bold effort globally to reduce emissions over the coming decades where global temperatures would rise only about 2 degrees Celsius above their preindustrial levels through the end of the century. Several intermediate scenarios assume slightly higher levels of warming. And the most severe trajectory, which presumes that emissions will grow throughout this century, could result in as much as 5 degrees C — that’s about 9 degrees Fahrenheit — of additional global warming by the year 2100.

These scenarios have been used in thousands of climate studies since they were first developed.

Now there may be a problem with one of them. The most severe climate scenario of the bunch might be so extreme that it’s no longer a likely outcome, experts say.

Oh really? So now they want to deny we are still on RCP8.5? Read the article for yourself, it’s so disingenuous that it blows the mind. Fossil fuel consumption is still going UP still and yet they deny this fact too. They also said “if the world is still emitting carbon past the end of the century, global temperatures will continue to rise beyond that point“. Can they be serious? IF? There is no reason whatsoever to assume that carbon emissions will not still be happening. Apparently, they’ve fallen for their own net-zero and carbon free claims which are factually false.

Even more bizarrely, they DO admit that temperatures will continue to rise. I don’t know what they’ve been smokin’, but it looks like hopium as they admit, contradict, deny and confirm all in the same articles. Which the fuck is it?

This is getting beyond ridiculous. There seems to be an effort afoot to downplay the severity of the threat facing us all by some of these scientists themselves. The media is willing to do as little research as possible as they rush these ridiculous claims to press. They don’t seem to give a goddamn about misleading the public. This disinformation cycle is leading the world to disaster, because the people who are tasked with making the decisions, giving the best, most accurate advice are relying on misleading information. Worse, they’re spreading some lies themselves.

This is why I remain extremely pessimistic about our chances to survive this. If we can’t hear the truth, can’t be told the truth, always deride and ignore the truth, what do you think this means for our chances as the reality of deadly climate change unfolds all around us?

8 thoughts on “A Comedy Of Errors”