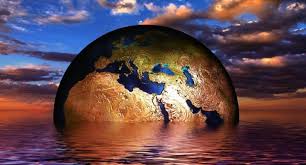 There is another article about dangerous heat exposure published in the Conversation, and now picked up by several other online publications. I read through it and find it wholly inadequate and incorrect, while correctly addressing some important points, such as inadequate modeling and assumptions. The over-reliance on inaccurate computer models has become a real problem in my opinion, they do not reflect real life accurately and what is already being experienced.

The basic premises is that yes, it’s getting warm, people will be affected, which of course is all true. More people then thought will be severely affected by excess temperatures when more accurate predictions are being made. Billions more.

I knew this, but I still find some pretty significant errors in the article. They said “Urban population growth itself is not the problem”. Well, depends on who you’re asking. Urban growth is a component of deadly climate change. Any growth makes a contribution to the global energy imbalance. So this vague claim of this not being a problem makes no sense at all.

And this was written by several scientists.

I am at a loss to explain why these water-down, disingenuous articles keep getting published. Doesn’t anybody even check these things? Apparently not, because this is extremely commonplace – publish what sounds good or at least “not too scary” versus what is actually occurring and describe accurately where it’s actually going.

Dangerous planetary warming isn’t something to downplay or water down, or need I say “chill out” about. I wish we could. I wish there was some way to avoid what is already unfolding, but except for one possible idea – I have found nothing that can live up to the hope and hopium that is always dished out.

Anyway, there are several inaccuracies in this article, to which I had a few comments:

The correct pre-industrial date is actually 1750 according to NASA and numerous other sources.

The world has already warmed past 1.5C and is swiftly approaching 2C using the correct pre-industrial temperatures. Unstoppable temperature increases are now guaranteed to exceed at least 2.5C due to albedo, ocean warming, and jet stream circulation. This will impact billions.

Current emission trajectory is actually 8.5C of heating (based on emissions still being released).

Warming, not C02 is the current biggest threat. Warming must be reduced NOW by reflecting excess solar energy gain back into space. C02 levels in the atmosphere and oceans (ocean acidification) cannot be significantly reduced by any known method, including tree planting (not enough land, not enough time).

There is no known way to “reduce risk”, dangerous warming is simply going to happen now (baked in) unless solar energy gain is removed using large mirrors. Aerosols are presently masking even more warming (pollution) which would jump temperatures up in just two weeks if they were removed by at least 1C, pushing the planet past biological thermal maximum limits of 2C – 3C (plants and animals die en masse, including humans).

Wet-bulb temperatures are now already exceeding survival rates and would drastically wipe out millions WHEN we push past 2C (not “if”, it will happen very soon now).

The horrible reality is the world is being badly misled about how much temperatures have already risen, what is guaranteed to happen, and how hot it is going to get – no matter what.

This article doesn’t even begin to cover the magnitude of the crisis.

6 thoughts on “Getting the Facts Rights Is Important”