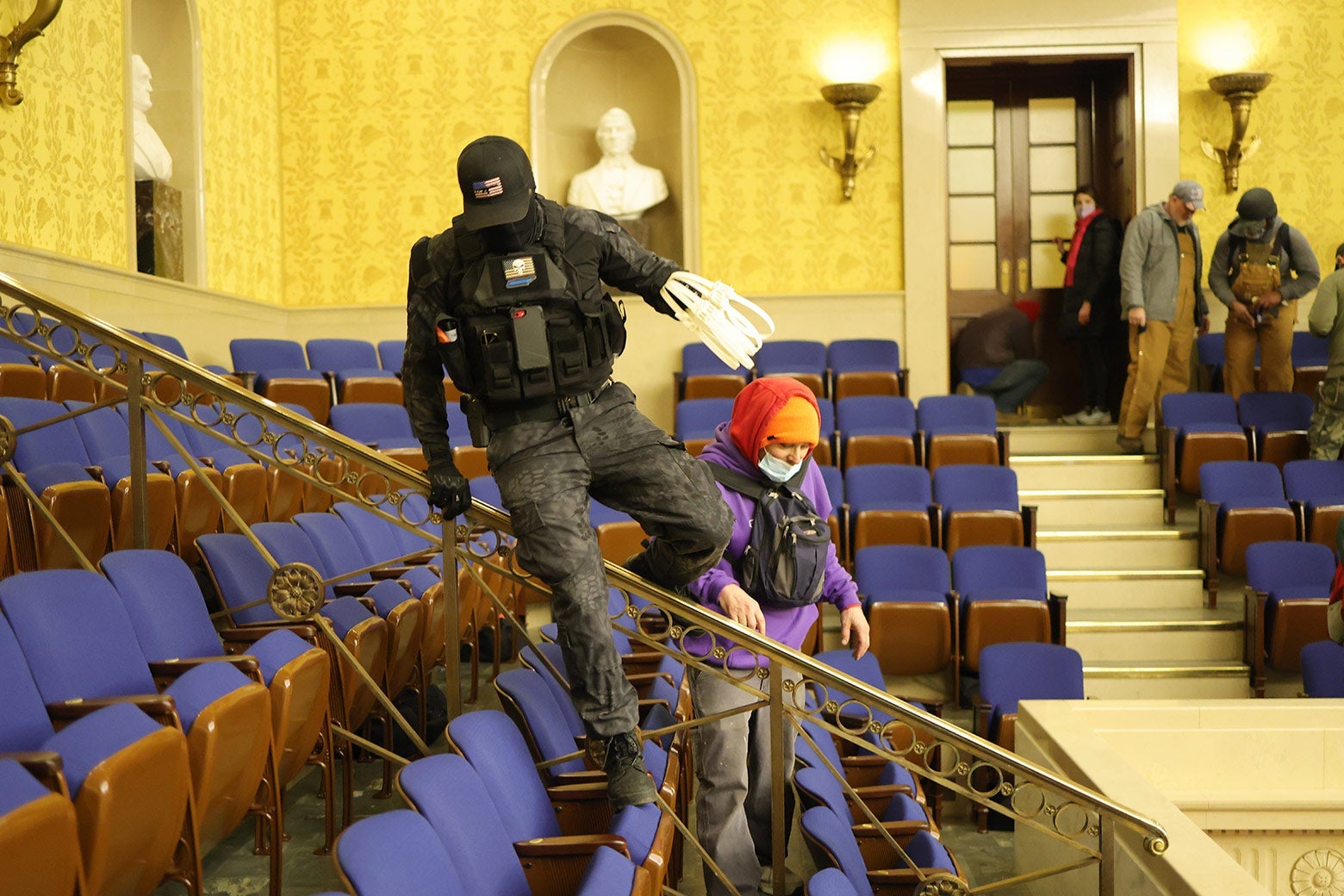 Still don’t think it was a coup attempt?

I can’t stop thinking about the zip-tie guys.

Amid the photos that flooded social media during Wednesday’s riot at the Capitol—shirtless jokers in horned helmets, dudes pointing at their nuts, dumbasses carrying away souvenirs—the images of the zip-tie guys were quieter, less exuberant, more chilling. And we’d better not forget what they almost managed to do.

It’s easy to think of the siege of the U.S. Capitol as a clown show with accidentally deadly consequences. A bunch of cosplaying self-styled patriots show up, overwhelm the incomprehensibly unprepared Capitol Police, and then throw a frat party in the rotunda. The miscreants smear shit on the walls and steal laptops and smoke weed in conference rooms. Someone gets shot; someone else has a heart attack, possibly under ludicrous circumstances. When they finally get rousted, they cry to the cameras about getting maced.

Those rioters, the bozos, were the ones who talked to the press, who waved gleefully to photographers, who selfied and streamed the entire afternoon, without even a thought that there might ever be consequences. They were doing it for the ’gram, and their story overwhelms the narrative because their faces and voices dominated the day.

But there were other rioters inside the Capitol, if you look at the images. And once you see them, it’s impossible to look away. The zip-tie guys.

They Were Out for Blood

Told you so. These idiots have literally thrown their lives away in a unbelievably amateurish attempt at seizing control.

Others have taken the time to discount the bogus claims that Antifa and BLM were the “real rioters” involved in storming the Capital, but it’s bogus bullshit from the same pathetic crowd of losers and liars.

This is funny, if it weren’t so stupid: 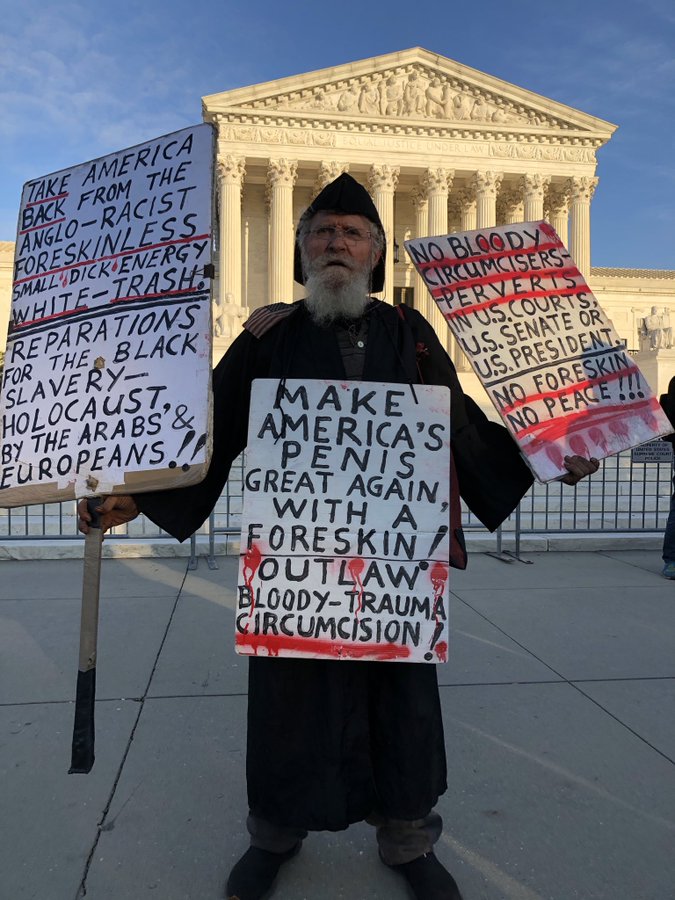