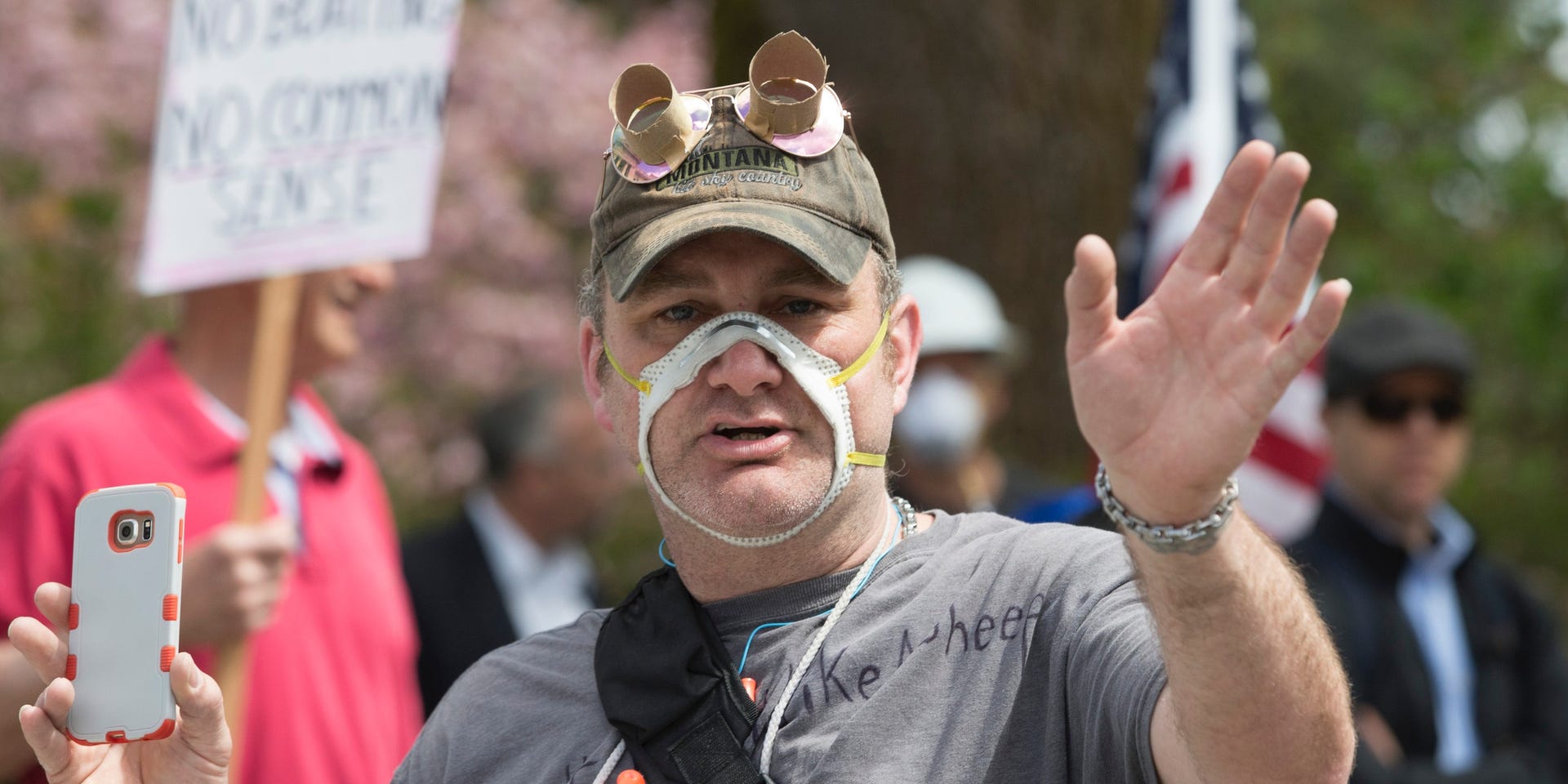 There is another sorrow unfolding in the nation right now, occurring in the Dakota’s: Doctors fear more death as Dakotas experience virus ‘sorrow’.

Nearly all these deaths are entirely preventable, which means hubris and indifference are killing people in large numbers.

This region now has the highest death rate in the country. Coming on the heels of the Sturgis rally, which organizers and politicians refused to stop, this isn’t really a surprise.

But it is deeply tragic, and an indictment of indifference.

“It is a freight train going very fast and it is going to take enormous effort to stop it,” he said.

Doctors in the region are stunned that they are still struggling to persuade people to take precautions.

“When I go out and I don’t see a significant number of people masking, that really worries me,” Dr. Jawad Nazir, a clinical professor at the University of South Dakota School of Medicine, said. “This is not going away.”

On a tour of Bismarck, North Dakota, on Oct. 26, Dr. Deborah Birx, the White House coronavirus response coordinator, shook her head at what she found, saying she saw less use of masks than anywhere else she’s been in the country.

Yet the governors of both states have made it clear they won’t issue mask mandates.

Oddly, and quite inexplicably, even death doesn’t persuade people to do what is right for even themselves or anyone else. The false bravado of the anti-maskers kills people in greater and greater numbers. This deserves widespread rejection and prosecution.

Those that do not believe in science, medicine or even death itself have deliberately perpetuated a type of genocide against themselves and their fellow citizens. This is not about “rights” as your individual rights are not the least bit affected by wearing a mask – this is about willful stupidity and arrogance and the indifference to the rights of others to have life.

I am expecting a mandatory mask Executive Order or something akin to this by the next President. And further lock downs. Interestingly, and definitely worth paying attention to, Australia HAS managed to prevent tens of thousands of deaths, with a minuscule number of infections, almost eliminating the virus from their population.

How did they do it? By accepting the science and the recommendations of the medical community.

It’s not rocket science, after all. Everybody could and can participate in this effort, but millions within our borders refuse to do so, 10 months into this nightmare.

Although this should not be necessary as reminder, it clearly is: A democracy requires the consent of the governed. You’re supposed to participate, especially where the health and very lives of others are a major factor. You don’t have the right to kill other people through your own indifference and negligence and do whatever the hell you want.

But that is exactly what is happening within the United States, and not just in the Dakota’s. It’s happened all over the country and the reason why we have nearly 10 million infections and hundreds of thousands of dead.

It didn’t help that we had a President that ridiculed the science and the efforts at mitigation, who eventually got sick himself (allegedly). But since his recovery, he has still showed zero empathy for the dead and dying. This is something that should have only been found in some Stephen King dystopian novel, where the President himself was a major part of the problem.

We’ve got a long ways to go and in the meanwhile, there will be more dead. More sickness. More bankruptcies. More job losses. More pain and suffering and more refusals to do the right thing. It’s very weird that so many people seem to want to perpetuate this pandemic. I watched my own grandson try on his little mask today and quite frankly, it broke my heart. This is NOT the world I want to see him grow up in, where he has to be afraid of catching a deadly disease because any one of us could be carrier through negligence or indifference.

We are not only robbing the dead of their right to live, we are robbing the next generation to their rights to life itself and the very freedoms we all took for granted (mask-less). Through selfishness. Through indifference. Through denial. Through arrogance, hubris and incessant lies. Through bad publications and dishonest media. Through the lying teeth of politicians and pundits. These people are ignorant, uninformed and hateful monsters. These people are death dealers. Ignore them.

Wear the damned mask. There is no acceptable excuse to say “No”.