Two articles of interest, one valuable and the other not:

2) The World According to Anomalies 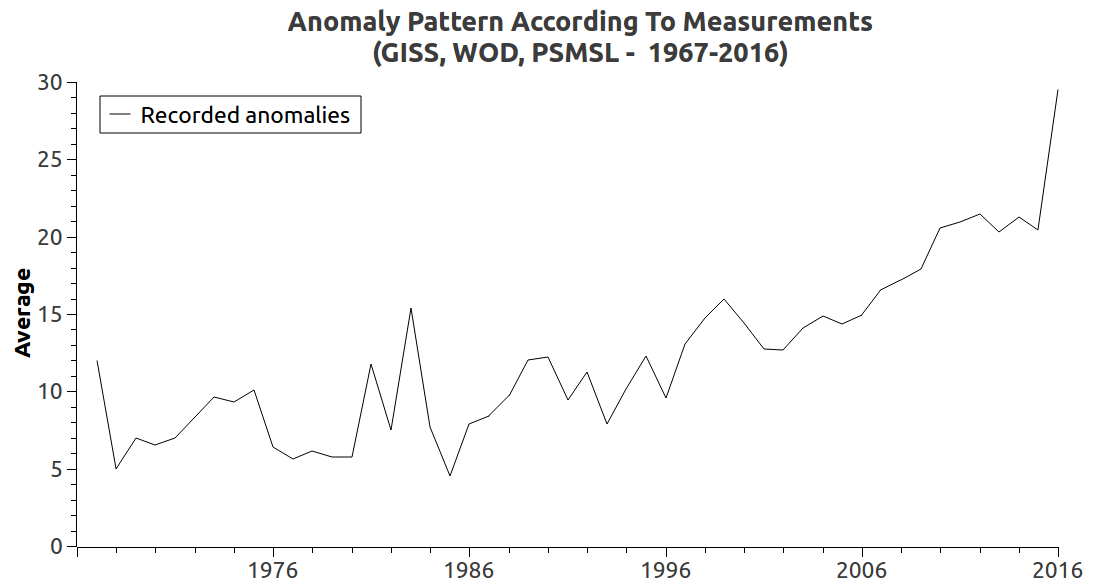 I provided the hint on which one of these articles is relevant, accurate and important.

Unfortunately, it will be the Guardian article, stuffed full of it’s dishonesty and misrepresentation of reality that will garner all of the attention.

Here’s what you need to know:

The Guardian article reports (with a lot of distraction) that humans supposedly have a “5% chance” of avoiding a 2°C rise by the end of this century. Once again, the need for immediate alarm is pushed off by 80+ years, effectively disempowering any reason for immediate alarm. It’s also incredibly dishonest too, because we know by then that temperatures will have already well exceeded 4°C and higher, which even this article admits:

According to the University of Washington study, there is a 90% likelihood that temperatures will rise between 2°C and 4.9°C by 2100.

However, none of the greenhouse gas effects were included in this study. The prediction was “soley based upon world population, per capita gross domestic product (GDP) and carbon intensity, which is the amount of carbon dioxide emitted for each dollar of economic activity“. It’s hard to say what the intended purposes of this type of study actually is, but it’s definitely incomplete – and highly inaccurate when known greenhouse gas effects are simply not included.

We also know that there is virtually zero chance (0% likelihood) that 2°C temperature rise can be avoided in the next 80+ years. This is simply totally dishonest to claim otherwise.

Here is another example of poor journalism and dishonest climate reporting.

Dredd Blog however, does have something worth considering: There has been a near stratospheric rise in worldwide anomalies. These are

So where is the Guardian on this? Or the rest of the world’s media? They’re still spouting UTTER NONSENSE about the Paris Agreement and spewing empty promises and projecting totally meaningless and inaccurate time lines.

Pay attention here, because you are being misled the 99% of the world’s journalism.